Pineapple (Ananas comosus) is a fun-looking fruit popular for its juicy, sweet-sour flesh and its tropical flavor and aroma. This bromeliad finds a wide range of uses in cooking around the world. It is high in manganese and vitamins B1 (thiamin) and C.

The earliest pineapple was cultivated from wild varieties still found in parts of Brazil and Paraguay. Pineapple cultivation spread throughout South America and into the Caribbean before the first Europeans landed on New World shores. The Spanish spread the farming of the tropical fruit to Hawaii, the Philippines and Africa. It is now grown in tropical and subtropical areas around the world.

Ananas was the original name for the pineapple in the language of the Tupi Indians of Brazil, and many European languages use this word. Most Spanish-speakers call it piña. Other names for it include mananasi (Swahili), nanas (Malay), anānāsa (Hindi), bōluó (Chinese) and painappuru (Japanese).

Pineapple is available year-round since large commercial growers force pineapples to fruit artificially so they can ship them at staggered times. But organic growers produce fruit that comes into season in the spring and summer (March through July).

Buy pineapple that is heavy for its size, with firm green leaves. Its skin should be more brown than green. Depending on variety, a ripe pineapple will start to turn yellow from the bottom up. The fruit should be firm yet give ever so slightly when pressed. It should also have a pleasant pineapple aroma. Leaves are easily pulled from a fruit that is past its prime.

Pineapples should be stored at room temperature and should be used within 1 or 2 days. They may ripen a bit as they sit on the kitchen counter, but a cut pineapple will not ripen any further.

Store cut pineapple refrigerated in an airtight container for 5 or 6 days. Pineapple doesn't freeze well, but it is great as a dried fruit.

How to Peel and Cut a Pineapple

First remove the leaves with a firm twist. (The leave top can be rooted in a glass of water and grown as a houseplant.) Cut off the top and bottom of the pineapple. Set the pineapple upright, then working around the fruit, cut off strips of skin deep enough to remove the dark "eyes." When you have removed all the skin, cut out any "eyes" that may remain with a small knife or the end of a vegetable peeler.

If you want nice rounds, lay the pineapple on its side and cut it into rounds as thick or thin as you want. Remove the tough cores with a small, round cookie cutter or a paring knife.

For chopped fruit, set the pineapple upright and cut down through the cylinder of pineapple around the core. Discard the core and cut the resulting pieces into chunks.

Pineapple's Uses around the World

Pineapple is used fresh, canned, squeezed for juice or turned into jams. Its juicy flesh is an essential component of many fruit salads and baked goods. Pineapple finds its way into refreshing cocktails like daquiris and piña coladas. Hawaiian pair it with pork in stir fries. Mexicans mix it with chopped onions, peppers and other tropical fruits for satisfying salsas.

Homemade pineapple vinegar (vinagre de piña) is prized througout Central America, as is a mild alcoholic beverage called tepache. Both are made with pineapple peels that might otherwise be thrown away.

Pineapple contains an enzyme that breaks down proteins, so crushed fresh pineapple makes a great meat marinade and tenderizer. This same action prevents gelatin from setting, so only use canned or cooked fresh pineapple in gelatin desserts. 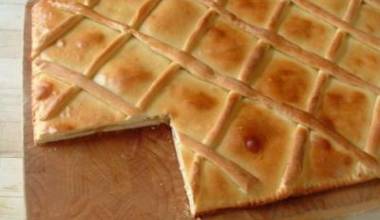 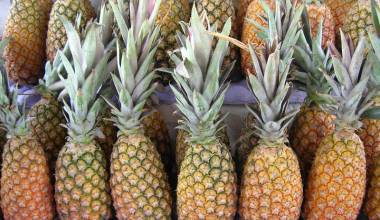 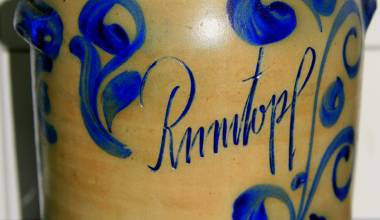 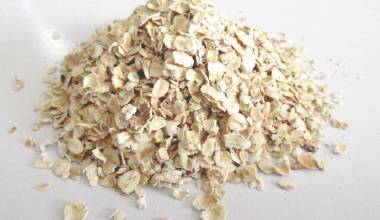 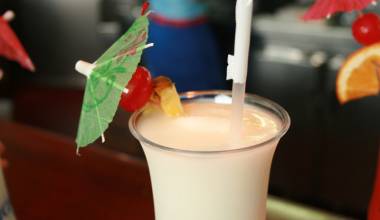 (Guadeloupe chicken and pineapple in a coconut cream sauce) 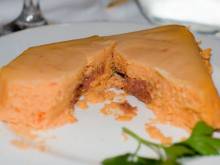 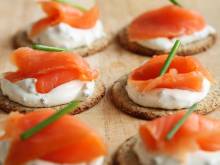 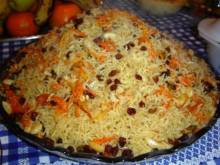 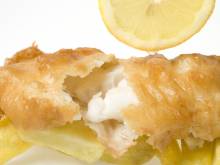 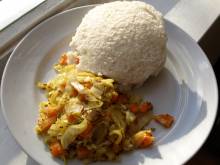